The Fallacy of the Root Fallacy

Engage in most any exchange with a person who has Greek studies and soon the phrase "root fallacy" will surface.  Generally, the person spouting the term will have been minutely instructed in how to deal with the Greek text as opposed to being minutely instructed in the Greek text (there is a WORLD of difference).  The declaration "You're employing a root fallacy!" is meant to be a full stop in the journey to truth and insight with the result that -- at once -- the declarer renders the opponent powerless due to the superior intellect of the declarer.

Let's explore the problem with root fallacy.  The root fallacy is generally defined as "a linguistic misconception based on the idea that the etymology of a word or phrase is its actual meaning."  What if the actual meaning is agreed upon as coming from the context but the position is maintained that additional insight is to be gained by looking at the parts that make up the whole?

Here is an example:  A Manual for the Greek New Testament by Dana and Mantey printed in 1957 gives the following to the first chapter which is entitled "Orthography."


"Orthography comes from two Greek words, "orthos" meaning straight, and "graphein" meaning to write. Hence it means the correct or accepted forms of writing."
Clearly, this is an example where the dreaded "root fallacy" sheds light onto the nuances and depth of a particular word. 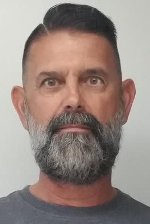